A Book of Badassery!
A Spy vs. Spy Space Odyssey Action Adventure 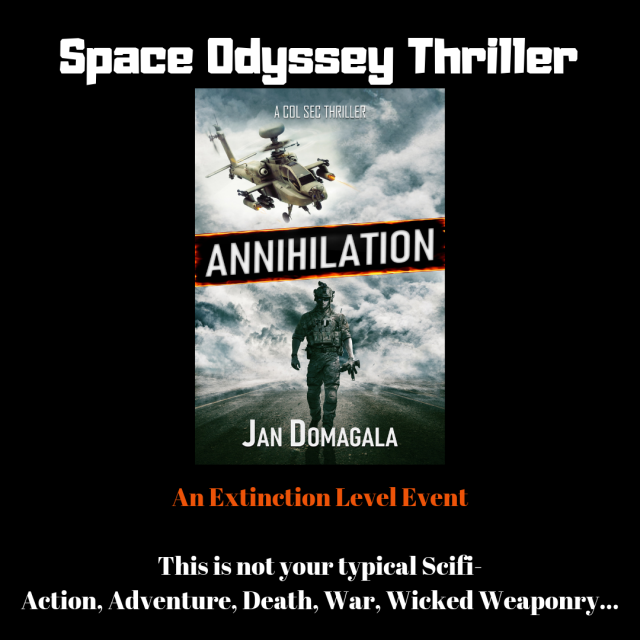 A weapon of immense power is stolen and millions of lives hang in the balance for the Alliance and the Confederation.
New-found enemies strike to claim the nexus of dominance.
Lines are crossed. Battles rage on.
Annihilation— imminent.
Can Col Sec hold? Is all hope lost? 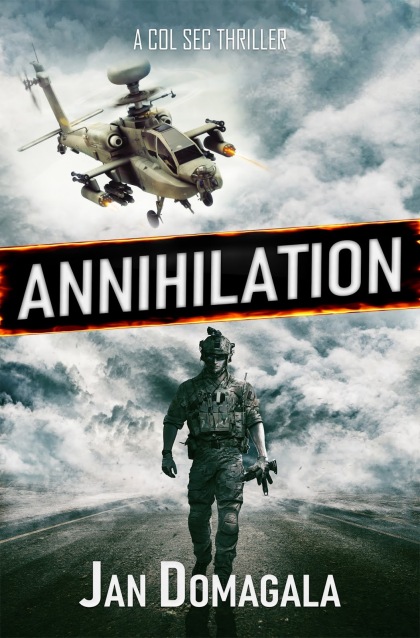 PURCHASE FOR 99¢/99£💥
https://amzn.to/2WpDySF
THIS IS PART OF A SERIES BUT CAN BE ENJOYED AS A STAND ALONE!
______________________________________________________
Prologue
Silo Six, Toldax.
The sudden blast from the alarm pulled him from his reverie.
“Luka get over here now, we’ve got an unauthorised intruder,” he said urgently. As soon as the words left his mouth he regretted them.
“Isn’t by its very nature of being an intrusion make it unauthorised?” Luka replied, his voice coming through as if he was standing next to him.
“Just get the fuck over here,” he said. In all the months the three of them had been stationed there this was the first time anything had broken through the boring routine.
The alarm was strident and he could hardly think straight. As the door opened behind him he heard Luka say, “Can’t you shut that thing off, can hardly hear myself think?”
He was already on it and the sudden quiet was almost as disconcerting as the alarm had been shocking.
“There’s someone in the elevator,” he said unable to tear his eyes from the bank of monitor screens in front of him.
“We’re not due to be relieved yet, are we?” Luka asked already knowing the answer.
“You’d better get Vasiliy up, this could get tricky,” he said.
“Have you got visuals on the intruder?” Luka asked as he accessed the three way comm channel they all shared whilst inside the silo via his Neural Interface.
“No, it’s being jammed,” he said. He took out his sidearm from the holster on his hip and jacked the slide to prime the battery clip. His Magerov P9 was now ready to fire.
He heard Luka standing behind him do the same.
“What now Tovaric, it’s your call,” Luka said.
Without taking his eyes from the monitor screens arrayed before him, he said, “Computer, initiate full lock down procedures, Captain Leonid Ilyich commanding, authorisation code Alpha Zero One.”
Without prompting Luka said, “Lieutenant Luka Petrovich, authorisation code Beta Zero One, implement.”
Leonid turned to look at the man behind him, his grey eyes wide in confusion as he said, “It’s not working.”
He saw Luka’s eyes dart back to the monitor screens, his brow furrowing in concern. He spun back around to what caused such concentration to see each screen go dark, one at a time.
“How are they doing that?” Luka asked.
“Somehow they’ve taken over the system. We have no idea where they are or how many of them there are.”
Leonid stood up; his arms extended holding the P9 in a double handed grip. He nodded to Luka and they both headed for the door. They stood either side of it as Luka opened it ready to fire if a target presented itself. The corridor beyond was empty though so Leonid gestured to Luka to check it out as he gave cover.
He watched as his friend ventured out of the command centre looking first right then left.
“Clear.” Luka said so Leonid followed him into the empty corridor.
“Wait,” Luka held up a hand halting Leonid, “What’s that?” he added and Leonid heard it too. Before either of them could do anything a group of large, powerfully built men armed with assault pulse rifles rounded the bend at the far end of the corridor to their right.
“Halt, identify yourselves,” Leonid ordered aiming his P9 at the figure in front of the group.
“Take one more step and I will open fire,” he added when they ignored him. Seeing he had no choice Leonid gestured for Luka to follow his lead but before he fired he saw the lead intruder bring up the muzzle of his rifle and fire.
The pulsed plasma bolt struck Leonid’s torso and sent him crashing into Luka. The pain was immediate and overwhelming. He found his strength had deserted him and had difficulty in breathing.
The corridor had somehow tipped over onto the side until he realised he was lying on the floor.
He saw flashes from other rifles pass by him and heard a body hit the floor out of sight behind him and knew it must be Luka who had been shot.
Light was fading fast as his life drained away and the last thing he remembered was looking up into a pair of opaline green eyes before darkness engulfed him. 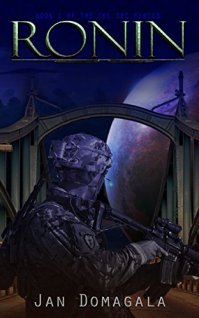 He stood on the Observation Lounge looking out at the vista of stars, waiting to die.
In the mid-25th century the galaxy is split between 2 superpowers, the Colonial Confederation and the Elysium Alliance who are locked in a never ending cold war.
Can a single soldier, the sole survivor of a secret program deemed too dangerous to continue turn the scales of power?
This lone soldier must first decide whether to remain a pawn of his government or become a soldier with no master, a Ronin.
GRAB YOUR FREE BOOK HERE: https://amzn.to/2WlRDjN 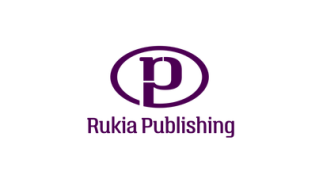 2 thoughts on “Annihilation by Jan Domagala”